How I Delivered My Baby In Kidnappers Den - Katsina Resident 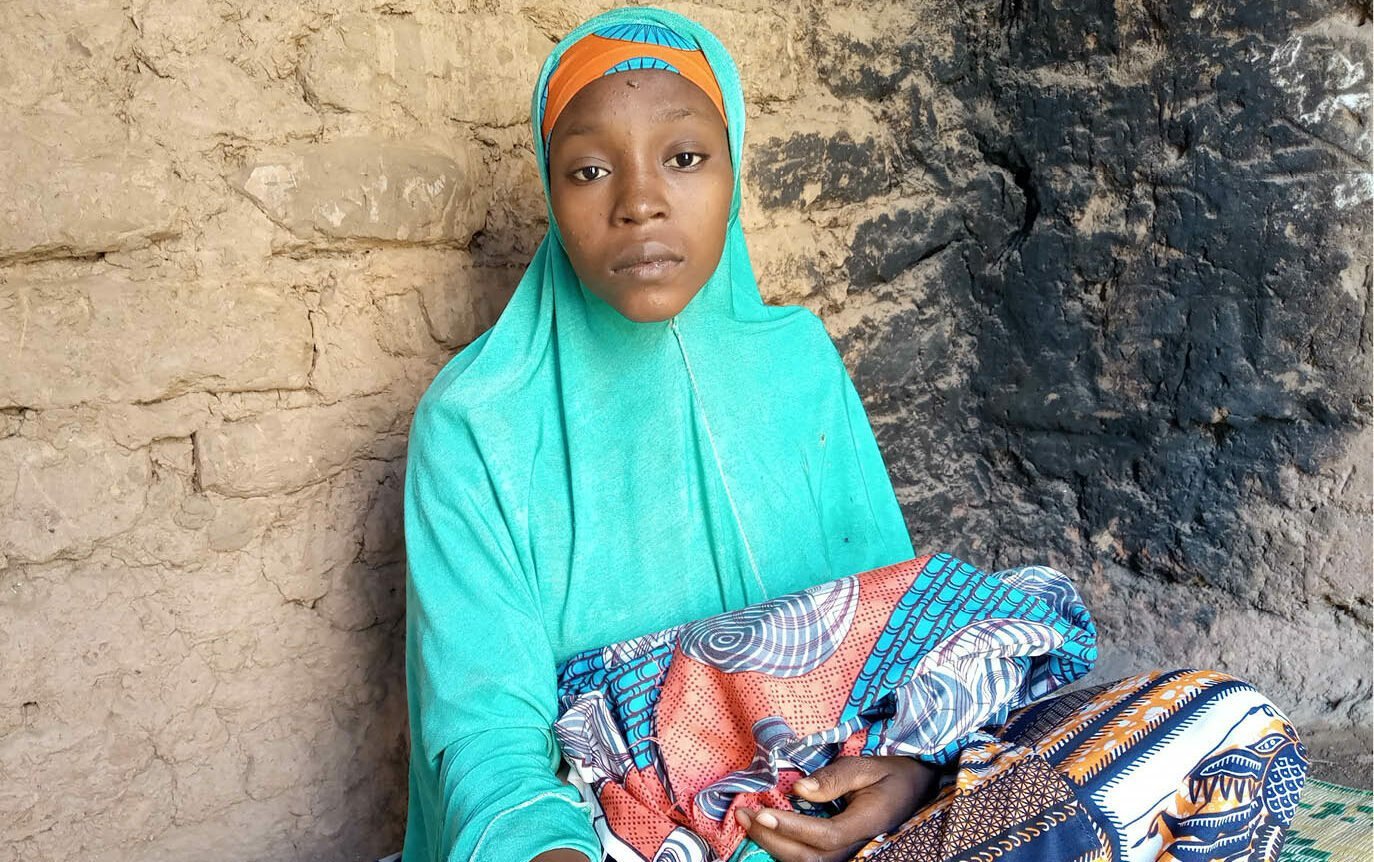 Suwaiba Naziru a 22-year-old lady, was abducted from her village while she was heavily pregnant in Biya Ki Kwana of Batsari Local Government Area, Katsina State, with her 2-year-old toddler

The area which was raided by Bandits around 8 pm, shot and injured two youths and abducted 10 women and girls.

Suwaiba said after marching them all night through the forest at gunpoint,  she delivered a baby girl in the forest as the kidnappers watched her do so

When the gunmen called again to find out if anyone was on the way to pick the woman, they were told that the motorcycle was not ready yet.

So, they decided to move the nursing mother to Dangeza village from where she was conveyed to her home town by another motorcycle.

In this exclusive interview with Daily Trust, Malama Suwaiba recounts her ordeal on that fateful night and what followed thereafter. Excerpts:

Can you recall what happened on the day you were abducted?

My husband had gone to the southern part of this country in search of money for our livelihood and, unfortunately, our food store was empty.

So, around 8 pm that day, I went out to get a phone to call and inform him that he should try and send some money to us so we could buy some foodstuff.

On my way, I met those gunmen together with some women whom they had kidnapped in the village.

They asked me to go along with them but I told them that I was heavy with pregnancy. They said I was lying, so they forced me to join the other women and we were herded like a flock of sheep into the bush.

But couldn’t they see that you were pregnant?

As I said, I told them, but they said it was a lie until I began labour that they realized it was true.

What was the journey like for you being heavily pregnant?

It was beyond description. I cannot tell you the [number of] kilometres we trekked but we got to a village after Rinji town, then we rode on motorcycles to their enclave.

It was not only that I was pregnant, but I was also carrying my 3-year-old baby on my back. So you could imagine that stress even if someone was alone, not to talk of being pregnant and carrying another child at the same time.

We travelled through the night and arrived shortly before daybreak.

How was labour under the watch of bandits?

Well, when I started, one of the women that we were abducted with helped as she served as midwife. She was with me when I delivered the baby and our captors gave her a razor blade to cut the umbilical cord.

What was the bandits’ reaction after you gave birth?

They brought hot water for me to bath and the baby was also cleansed and, as I told you, they were the ones who brought the razor blade with which the umbilical cord was cut.

After that, they said they wanted to inform their leader and seek his permission to discharge me. They went away and did not return for some time, but eventually, the leader sent that I should be taken home.

They took me on a motorcycle, together with my two babies to Yangeza village and from there, another motorcyclist brought me home.

How many children do you have?

This is my second child. The first one was the one I was carrying on my back when we were abducted and she is about two and a half to three years of age now.

How would you compare the two deliveries, one at home the other in the forest?

Well, it is often said that the first childbirth is harder and more painful for women, being the first experience.

But for me, this one was more painful because of what I went through before the delivery.

Even when we were travelling on motorcycles, the speed with which they moved and the rough nature of the road were very exhausting.

So that fatigue coupled with hunger made me weak and, as such, I did not find the labour easy, but I thank God I was able to deliver the baby and we are both fine.

Were you given a place to sleep or you were sleeping in the open space?

There were huts where we used to sleep but they were without mats, so we slept on the ground even though I was there only for one night after the one we spent on the road.

It was on the day I delivered the baby that they discharged me and I returned home.

What is your condition and that of the baby?

We are both in a stable condition of health.

Were you taken to a hospital after your arrival?

No. I have not been to any hospital, but I am in a good condition of health.

What is the name of the baby?

It is not up to a week yet. In our tradition, a baby’s name is disclosed on the seventh day of the birth and that is during the naming ceremony.

What about the other women in captivity?

They are still there with them, but when we were leaving, they asked me to tell our people that even if it means they have to beg to mobilize for some money to rescue them, they should not hesitate to do that to save them from that terrible life in captivity.