Man wins land dispute case against church, does thanksgiving in the same church 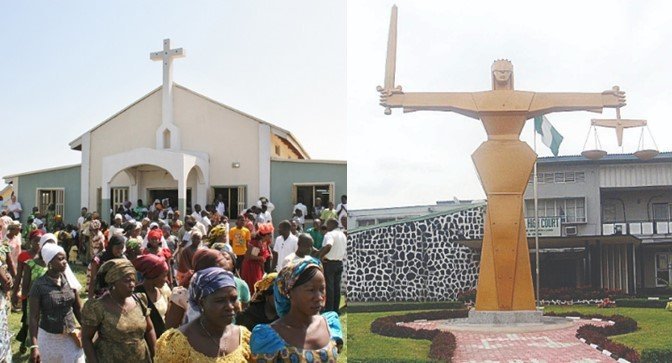 @Timi_CR7  took to his twitter to narrate  this untrue sounding story which  happened in his community that, the man who was declared the winner by the court after hearing and it became a trending story when the man went back to the same church which lost against him to celebrate by doing a thanksgiving service to his God for giving him victory

“So this man in my community took his church to court over a piece of land.

He won the case, came back to the church on Sunday to do thanksgiving for winning his court case.”

Good for the church