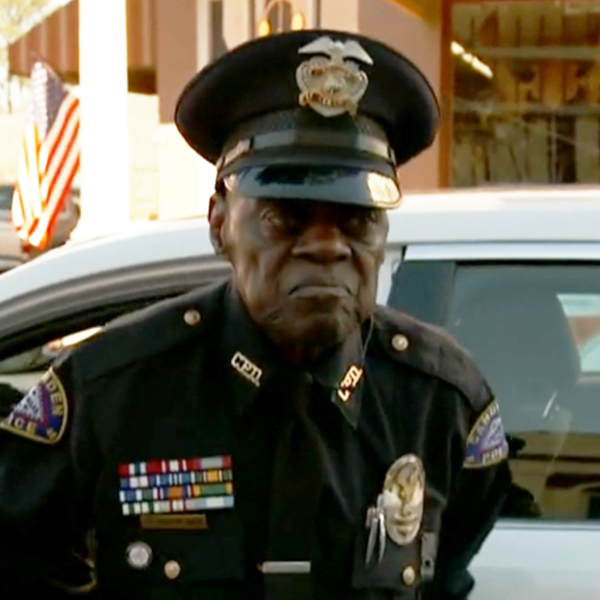 L.C. "Buckshot" Smith is a 91-year old police officer who is still active in service and has no plan to retire any time soon

According to CBS News he said; the police badge and gun doesn't make any one a good police man, but respect for people does.

Currently during duty time he drives an unbranded police vehicle, but due to his uniqueness every one know him in the town of Camden, Arkansas.

Despite his age he still works four times a week patrolling his hometown–what a blessed man.

Smith dully retired as a police deputy chief, only to resumed back to active service 5-months later, when interviewed he stated categorically that he had no fun during the retirement period 'cos he doesn't fish or hunt

Back in the 1980s, when he was at the peak of his career in Camden,

He carried a firearm, but never have to use it.

During Smith's active policing career he had "taken more people home than I've taken to them to jail." Lott concluded

"Smit said, he'll retire when the good Lord tells him to," said his other colleague Mr. Boyd Woody

May he live long and continue to serve his people that our wish.