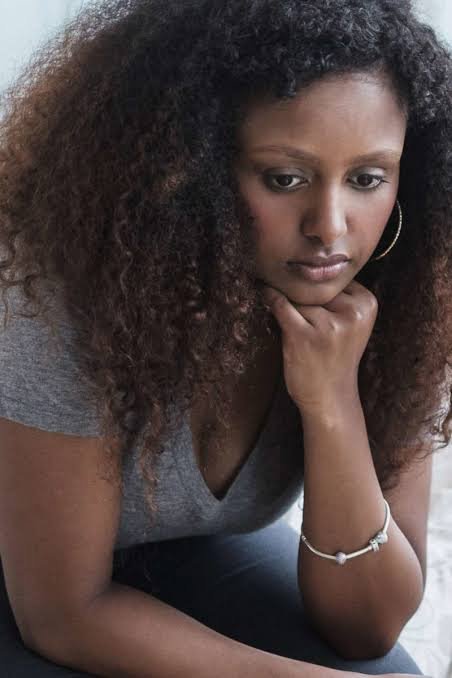 “He comforted me when my husband left me and now I can’t stop thinking about him. I was 22 when I got pregnant for my boyfriend who was 27 years old. My parents were angry with me for getting pregnant out of wedlock.

My boyfriend on the other hand was sceptical about being a father. He complained of the suddenness and how it might change his entire life.

At first, he wanted me to get rid of the pregnancy but when I told him that my parents were aware about it and have requested to see him, he disregarded the suggestion and reluctantly met with my parents, accepted responsibility for the pregnancy and was advised to perform all the marriage rites so as to make things right.

Few weeks after the rushed marriage, we began to have problems. It was as if we had become total strangers. He complained virtually about everything. He accused me and my parents for sabotaging his freedom, putting on hold his future and forcing him into a marriage he wasn’t ready for. His utterances to me were hurting and I cried every day.

Three months into my pregnancy, we had an argument which led to him raising his hand at me. What led to that argument was because I confronted him about his late nights, news of him chasing after other ladies and the fact that he was not acting responsible like a married man should. He got infuriated by it and beat me up even in my condition.

My parents heard about it and my elder brother, out of anger and love for me, came around and threatened to deal mercilessly with him the next time he puts his hand on me. He was scared of my brother’s threat and knew very well that he would make good the threat, so he never touched me again and started avoiding me.

I could see in his face that he completely lost interest in the marriage. Things turned upside down in our relationship all because of an unwanted pregnancy and unplanned marriage. It was in this chaos that he left the house one day, leaving me to fend for myself and the baby in my womb.

At first I thought he needed time out and that he would come back the following day but he didn’t. It then dawned on me that my husband abandoned us. I wept bitterly at the twist of fate. My mother asked me to return home so that she could take care of me and the unborn child.

Life outside my matrimonial home was a bit unbearable. Within a short while, the news of my husband abandoning me was everywhere. People started gossiping about it and I was made a laughing stock. I cried and hated myself for everything, however, I made peace with myself and moved on. My parents weren’t financially buoyant. We were practically struggling to survive and that wasn’t good for my condition. I couldn’t even go for my antenatal sessions.

One of my friend’s elder brother, Sam saw me one day walking down a busy road under the scorching sun. He parked and beckoned to me to hop into the car and took me home. He inquired what I was doing back home after he heard that I was married. I opened up to him and he was very empathetic. He offered to foot the bill for my antenatal care and promised to help me through it all. I was thankful to God for sending a helper to me.

Sam comes around every three days to check up on me and my parents. He took excuses from work on days I have appointment with my doctor to take me to the hospital and back home. He bought everything I was advised by the doctor to eat, wear and drink. He even went as far as taking me to the market to buy in advance baby stuffs. He was like a friend and a father to me, even more than a husband could be.

My parents were thankful for his constant support. His kind heartedness melted my heart and I started developing feelings for him. I couldn’t help it. He was selfless. He treated me with unconditional love. I know I was still married but what good is a husband who abandoned his pregnant wife all because he couldn’t handle issues at home?

The day of delivery came. Sam was called on the night my water broke to take me quickly to the hospital. He stayed all night in the reception and assumed the position of my husband. My mom was glad he was around. Sam paid the bill afterwards and came from time to time to visit me and the baby after we were discharged from the hospital.

Few weeks later, my husband and some of his relatives came to my parents house to seek for forgiveness after the news of me giving birth to a male child got to them. They were asked to leave and come back. I refused to go back to my husband’s house after all he puts me through. It took my parents and siblings several weeks of pleas before I accepted to return to my husband. To be honest, it was after Sam requested that I should go back to my husband for my child’s sake.

I returned home the following week. Although my husband now treated me with respect and care, I have little or no feelings left for him. I find myself thinking uncontrollably about Sam. I am not ashamed to admit that I miss him. It’s like my return to my husband’s house wasn’t the best move. Although Sam hasn’t opened up that he has feelings for me but I know deep inside me that he does.

Right now, I am at a fix. I am in my husband’s house and still thinking of Sam. Most times, I find myself wishing he didn’t return back after abandoning me. In that case, I would have been with Sam who was my guardian angel in time of distress.

I know it is wrong but I can’t stop thinking about Sam. The feeling is so much that I feel like I was going to explode. I hope I don’t end up committing adultery because right now, I really don’t care.

I am confused right now and I need advice.”