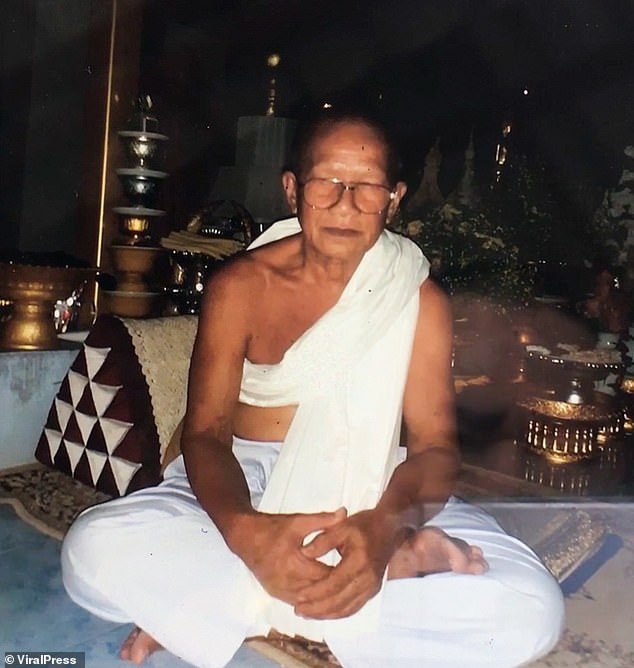 The sacrifice in Buddha called  "making merit" was done willingly by 68-year old Thammakorn Wangpreecha, after 5-years of planning  according to reports

In Buddhism  this sort of sacrifice to Supreme Buddha brings good luck from the deity.

According to Booncherd, Thammakorn decapitating himself was to praise supreme Buddha, offer his head and his soul so that he can be reincarnated as a higher spiritual being, he has been planning the self sacrifice for 5-years he noted.

Over 300 Buddhist have been reported to have come to the scene where the sacrifice was done, and most revealed he earlier said he would leave the monkhood but never mentioned the guillotine

Thammakorn Wangpreecha, worshipped in Wat Phu Hin for 11-years and was devoted to his duties according to reports by Mail Online

His burial rites proceeded, with his head kept in a jar and body laid in a casket before his family and well wishers took his remains to the forest to be burnt