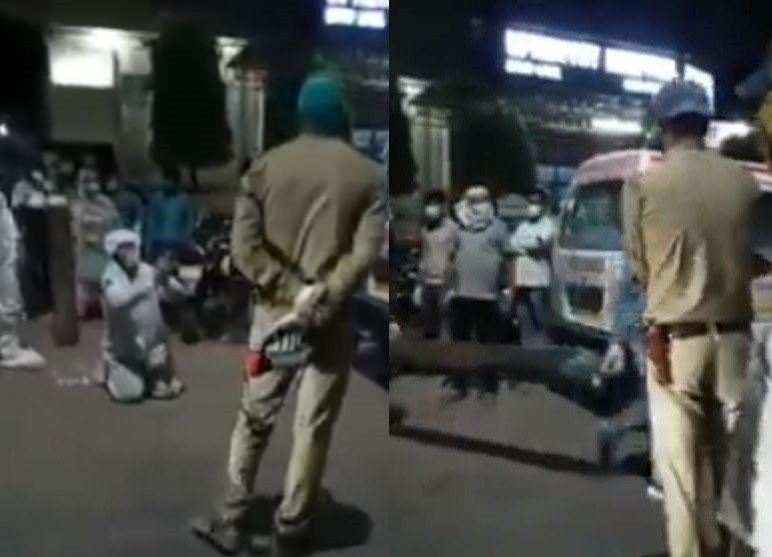 A woman from Indian lost the battle for her life to Covid-19 after the police reportedly took away her oxygen cylinder to a VIP due to insufficiency of the medical instrument
A video making rounds on instagram features a desperate young man weeping and begging Uttar Pradesh police to leave the oxygen cylinder administered to his mom.
Anmol Goyal, who is 22-years of age and his younger brother 17, said the cylinder was removed Tuesday night, April 27
Anmol, told the news men of The Times of India that, the police took the oxygen cylinder which unfortunately caused the death of their mother due to Covid-19 complications 2-hours later
She was admitted at Agra in Uttar Pradesh and the police took away her oxygen cylinder to a VIP according to correspondents who posted the video of the scenario on the internet.
Rohan P Botre, a superintendent at Agra Police said the story is not true, insisting they took only empty cylinders to refill
He revealed that there was shortage of oxygen cylinders in the area due to many number of patience and they only took them to refill, insisting Anmol Goyal was weeping and pleading for the police to give him one cylinder
Ministry of health and family welfare data in India revealed the country had recorded total index cases of about 386,000 that day and 3,498 deaths.
India has 200,000 deaths during the Covid-19 pandemic