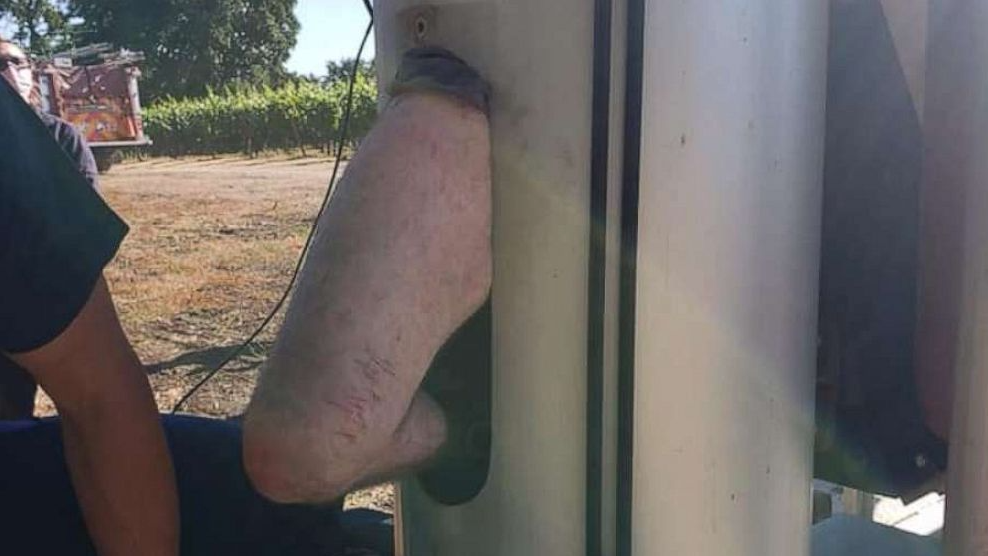 He was involved in an accident on June 8, 2021, when the Sonoma Sheriff’s Office in Santa Rosa, California, was informed about a suspicious vehicle parked without permission on a private property.

They were unable to identify the location until they saw a car parked wrongly with a hat hang on one the farm equipment said by the Sheriff’s Office.

Sonoma Sheriff’s Office said in a statement: "The occupant of the vehicle had, inexplicably, decided to climb into the shaft of the vineyard fan and became completely stuck inside the shaft.

The man was stuck for two days before we found him.

However, Sonoma Sheriff’s didn’t quite buy the man’s reason

"After a more investigation it has been attest that the farm equipment wasn’t antique and the man had far more methamphetamine than camera equipment, the motivation to climb into the fan shaft remains a total mystery," said Sonoma Sheriff’s Office.

The man was lucky for someone to notice his car and report it to the authority else the story would have been a sorrowful one.

The police decided not to him at the moment arrest the man after they freed him from the equipment but said that the Sheriff’s Office will be recommending charges of trespassing and drug possession, as well as violations of an outstanding probation case and a pending case for which he is currently out of custody on pre-trial release they police stated.