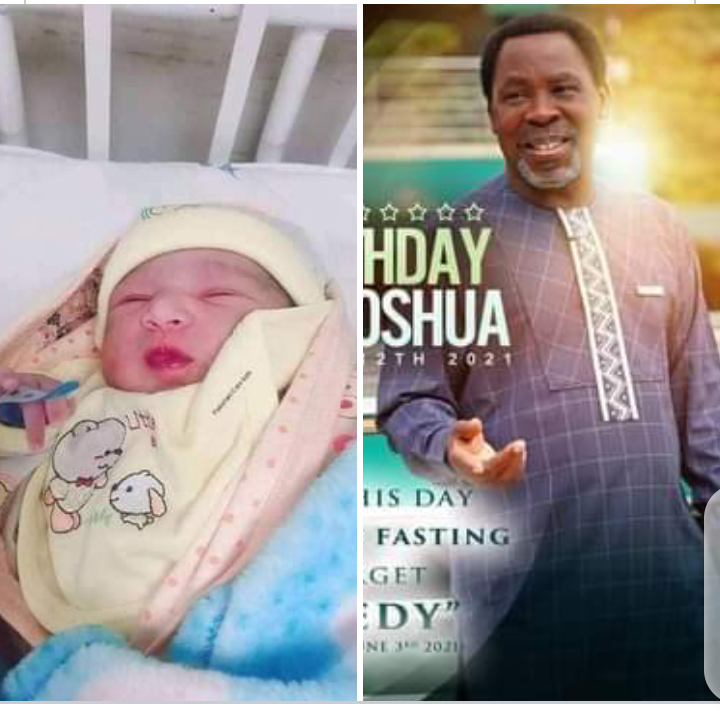 Sarah who is married to a Tanzanian Mr. Brain Moshi caused a lot of reactions after revealing on social media that she gave birth to a baby boy on June 12, 2021 the same date her late father T.B Joshua was born.

Remember the SCOAN founder passed away about a week ago at 57-years just a week to his 58-year now posthumous birthday.

The death of the Christan Prophet was really sudden and shocking, as he died just about two months after he was diagnosed of stroke.

T.B Joshua was very popular around the world not just for his divine intervention but also his philanthropic gestures to humanities and humility.

His wife Evelyn Joshua, announced that the man of God passed on while asleep in his office chair shortly after preaching in a church service.

Just one week later the family of the great Prophet are celebrating the birth of his grandson as announced by T.B Joshua daughter Mrs. Sarah Brain Moshi.