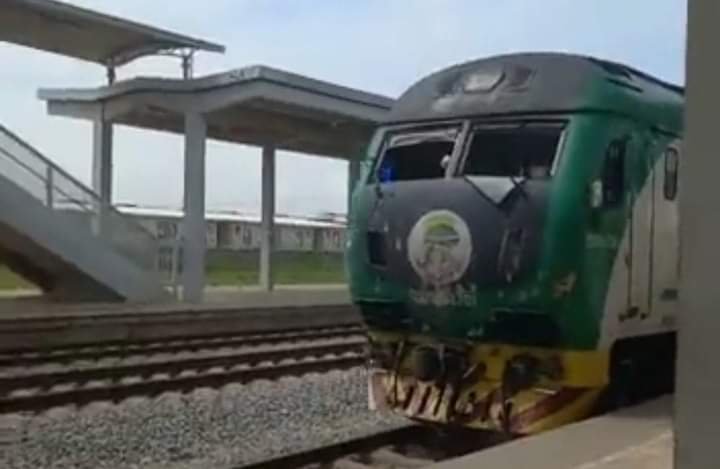 The terrorist reportedly planted a bomb on the railtrack which detonated and shattered the railtrack, leaving it in halves, it also spoilt the windshield of the train Tvcnewsng reports.

More reports says that after the bomb exploded, the terrorist opened fire on the train targeting the Driver and the Tank, but the Driver struggled to move towards Kaduna Rigasa station.

This happened between Dutse and Rijana rail stations.

An eye witness who was on board reported that, the train nearly skid off its track, then they miraculously escaped.

The authorities of the Nigeria Railway Service have reportedly suspended the Abuja-Kaduna train service after the attack.