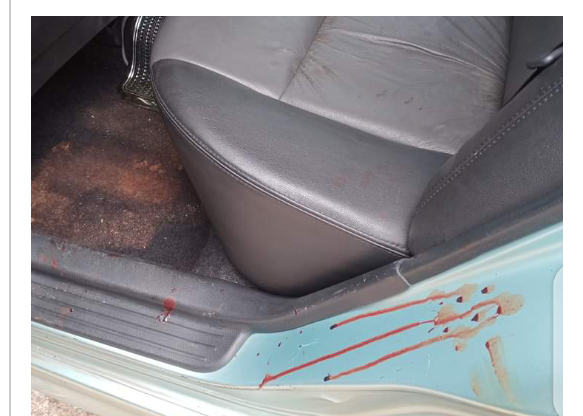 A man identified on Facebook as Sammy Stans has shared his experience in the hands of kidnappers.

Sammy is a movie actor, he played a leading role in the popular movie "IGBOJI"

"My brothers and sisters kidnaping is not just on the highways now ! They are very close to you ! I know someone that was kidnapped last week and the kidnappers are demanding for 20m ransom ! You mustn't be rich to be kidnapped, myself personally i would have been in thier hands now if not for God, I have never been beaten in my whole life like that day, because the beating was coming with stabbing! They were using knife and axe to cut me like a goat ! At some point I even thought they had killed me ! Because that guy somewhat tried to pull the trigger on me just that I was already fainted and didn't know what happened! Me I was not going to go anywhere with them (don't be like me oo )so I even said my last prayers ! My advice for you ! Don't go out at night (I was attacked by 8.45 pm) and don't go to lonely places during the day ! If you have a car and you are waiting for someone always pin the door and leave the car engine on ! If you notice any bad moves clear the person ! Please if you are using okada or taxi now try to use old men or go to where they have a park! If you see anyone fighting with okada for change please mind your bussiness! They act like okadas in town! Infact when they came to whisk me the other ones were acting like the okada guy isn't having change and they blocked my car o ! they were arguing while two were approaching me with guns from behind! Before I know they dragged me inside my own car as asked me to move and that's was how they whole injury started ! Personally be cautious of everywhere you go and anyone you interact with! Me now I see every stranger like a kidnapper or thief ! And if you know me recently I am always in a hurry I think you can take some of this advice ! No one is safe !"