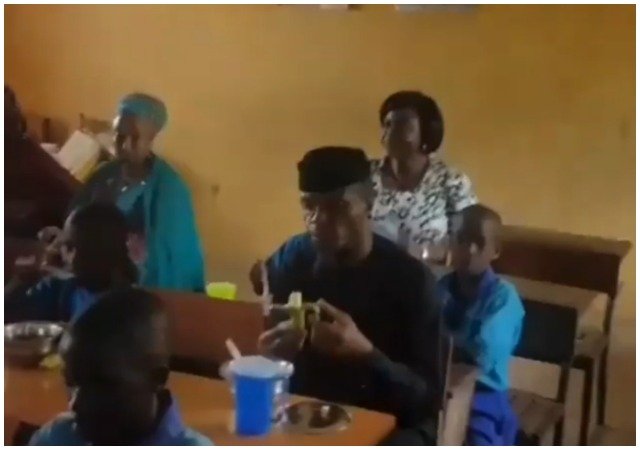 The video which is causing traffic on social media reportedly shows the moment V.P Yemi Osinbajo was sitting in the classroom of primary 3B at Alagbaka Estate Primary School in Akure.

Gistlover reports that the Nigerian number two citizen was on  a two-day visit for the launch of the Micro, Small and Medium Enterprises (MSMEs) clinic in the state before going to pay the primary school pupils a visit.

Osinbajo was accompanied by Rotimi Akeredolu the Governor of Ondo State.

The V.P reportedly read out a book for the pupils, and admitted he enjoyed teaching while a university lecturer years back.