Reasons Tiwa Savage is NOT bothered much about the Leaked S€xtape Propaganda. 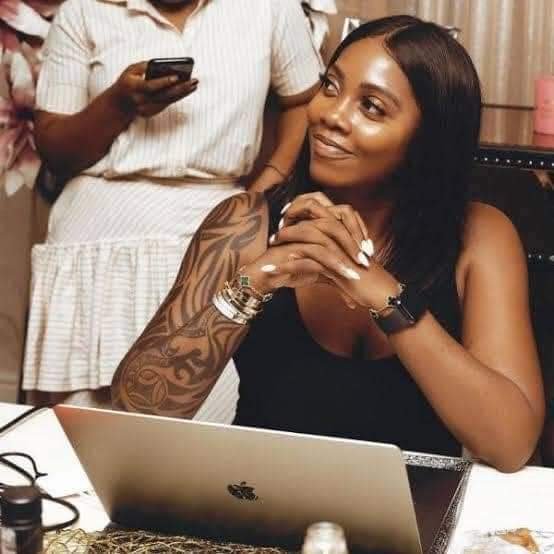 Nigerian award winning singer Tiwa Savage was involved in a serious leaked s€xtape propaganda that has become the gist rave of the moment.

Well we seem not surprised much after the awarding winning singer has decided to give a deaf attention to the social media trolls.

Tiwa announced in a statement before the worst that,  someone was trying to blackmail her with her S€xtape and in less than 48-hours the video went viral.

But the shocking thing is that singer has not shaken, she has made several appearances at several social gathering and going about her normal business.

Below are the talking points why she we think Tiwa is less bothered about this saga.

1. Tiwa Savage was spotted with the CEO of Sujimotors "King of Luxury Buildings in Africa" - Sijibomi Ogundele in a post she captioned , ‘’Suji, Buying bags is cute, but that your real estate though…E choke”.

4. She has also made a public appearance as she attended her colleague CDQ's  album listening party in Lekki area of Lagos State, she was spotted with Ex- BBN housemate Dorathy Bachor at the occasion.

Another personality at the occasion was Nigerian ex-international footballer Obafemi Martins.

All this happened amidst her leaked s€xtape saga.

Are you thinking what am thinking?