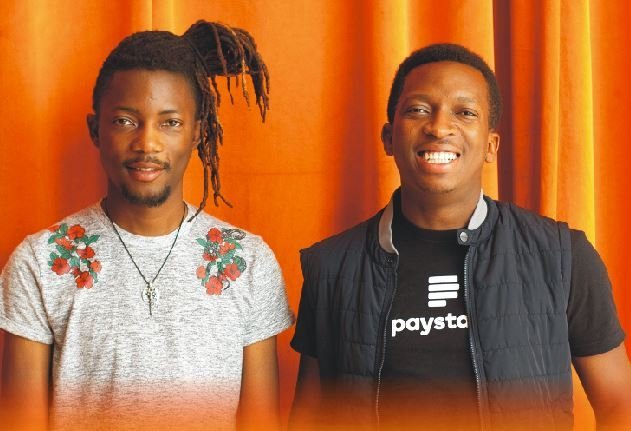 Not a few Nigerians were surprised and thrilled at the news of the acquisition of Paystack by an American IT firm, Stripe in October, this. It’s probably true also that it may be about the same time that many people, most especially non players in the IT- payment space became aware of the feat and height that the duo of Shola Akinlade and Ezra Olubi, founders of Paystack, have attained in the fintech sub-sector.

Paystack Payment Limited came into existence in 2015. Although incorporated in Delaware, USA, it is the pioneer Application Programming Interface (API) – based payments service provider in Nigeria. The software allows two applications to interface, or talk to one another, or put differently, it allows users to set up online payment gateways to enable their businesses accept credit and debit card payments online from customers.

Its acquisition by Stripe, a US based firm, is an indication of Paystack’s standing and phenomenal  growth since its debut only about five years ago. Paystack has recorded many firsts. It is first in its category in Nigeria and also the first Nigerian startup ever admitted into Y Combinator, the Silicon Valley incubator that has backed major global startups, including Stripe that has just acquired it’ barely three months ago.. The sheer price  of Paystack’s  acquisition put at $200 million (about N9billion by current naira exchange rate), puts the company in such an unmistakably prime position that its peers, if there were any in this clime, would be envious.

Without any fear of contradiction, the Paystack acquisition deal, is the biggest Nigerian startup acquisition. It’s clientele base has spiralled above 60,000, including small business merchants, government agencies and large corporates, including some of the leading telcos in Nigeria and the global ride-hailing firm, Bolt. Paystack has also expanded and currently provides services to companies in South Africa, Ghana and has  over 100 staff in its payroll.

Under the Stripe-Paystack acquisition arrangement, both companies will continue to operate independently. Nonetheless, the acquisition is part of Stripe’s international expansion plans for which a whopping $600 million budget has been laid out.

Paystack founders, Akinlade, the Chief Executive Officer and Olubi , Chief Technology Officer of the giant firm, had their plans properly laid out from inception. In their words: “We are on a mission to deliver a safe, convenient and modern payment experience for customers and merchants in Africa. We are breaking all barriers so that African businesses can quickly and easily accept payments from anyone and anywhere,”  and is acknowledged as one of the most reliable payment systems in Nigeria.

No doubt, they prepared themselves to accomplish their set goal. Still in their mid-30s, Akinlade and Olubi are Computer Science degree holders from Babcock University, Ilishan Remo, Ogun State, and are without any iota of contradiction, IT experts. Their net worth is reported to be in excess of $100 million each.

Akinlade’s first work experience was with Heineken. He said:”After college, I studied Computer Science. I worked with Heineken, the beer company. I did it for two years.”  He left, according to him because he craved to be a producer. As he put it. “I left because I just thought I’m a maker,” adding, “I should be making things.” He established an intranet software company before co-founding Paystack.

On his part, Olubi worked severally as an IT Administrator at Business Management Consult Limited, and later at North Ocean Logistics & Solutions Limited  as a Web Application Developer. He was also at Jobberman and Delivery Science as the CTO and later as Director of Magic at Alexander Haring Limited.

Paystack styles itself as the ‘Stripe for Africa.’ Both Stripe and Paystack are solving the same problem-payment. They also have similar missions. Paystack’s mission is to help businesses in Africa become profitable, envied and loved, while Stripe wants to increase the Gross Domestic Product of the internet.