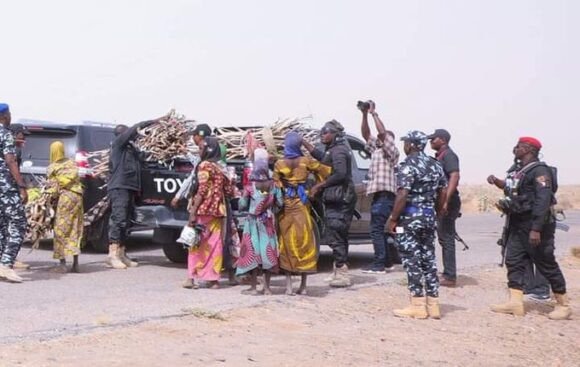 In photos currently trending, 51-year old governor Zulum ordered his aides who where in convoy with him to join hands and load the firewood in a Hilux truck as he lifted them and dropped them off at their home in Monguno

Governor Babagana Zulum is known for his humanitarian works, he was earlier reported several month ago to have promoted a female teacher who tutored for 31-years.

He visited the local school about 6:30 a.m and met her in duty with so much delight for her commitment and dedication, he eventually promoted her to assistant head mistress of the school.