Ebonyi state governor, David Umahi, has reportedly called for the empowerment of bandits calling them '‘our children’' who need to be looked after as well. 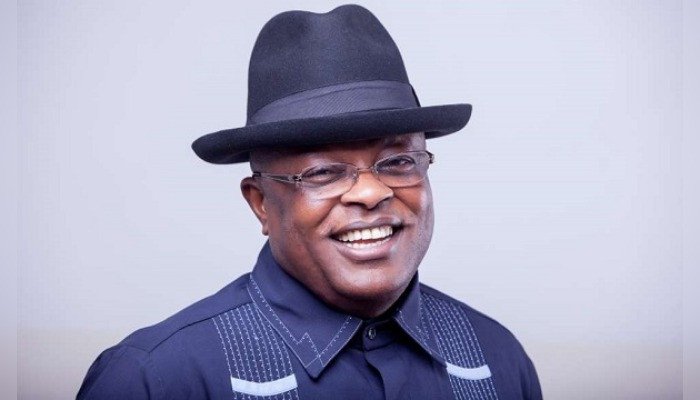 The incumbent governor of Ebonyi state, David Umahi has called bandits '‘our children’’ saying he is going to talk to them and come to terms, stressing they need to be looked after
According to a publication on LIB and PM news, the Ebony state governor made the declaration at an event when he shared 40 Toyota Sienna cars and 20 Hilux vans to security operatives in the state on Friday, April 30.
Governor Umahi asked local government chairmen and Christian Association of Nigeria (CAN) in the state to find and bring the bandits for interrogative session and negotiation
In his words:
“I want to talk to the bandits and empower them as we cannot continue to kill ourselves and destroy public infrastructure. The bandits are our children and I am pained when they or the security agencies are killed.
“I want to ascertain their grievances against the Ebonyi or federal government, collate the facts for discussions to commence” he said
He also use a moment to clear the air by waving off claims that says members of the Indigenous Peoples of Biafra (IPOB) or Eastern Security Network (ESN) are mapping to trap him
Like 0 Likes
Share this post
WhatsApp
Telegram
Facebook
Twitter
Pinterest
Error Posting comment
Comment posted successfully
Posting comment please wait...