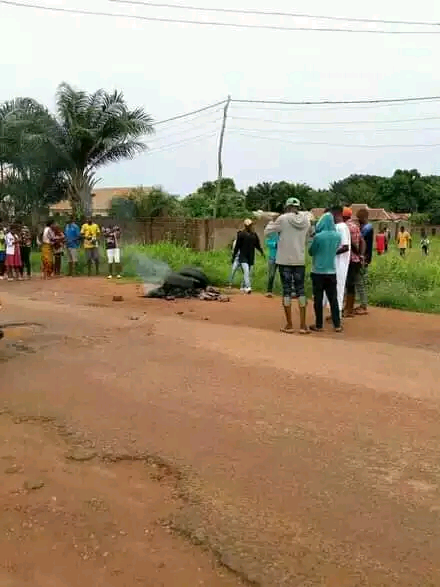 The area which is mostly populated by students of BSU has been reported in recent times to be experiencing frequent robbery by some set of unknown elements in recent times.

The name of the victim is yet to be known during filing of this report, he was reportedly beaten by the mob till he passed out and was set ablaze before police arrival.

It was reported by resident of the area who prefer his identity as anonymous that, burglry has seen many lost their belongings like money phones, laptops, chargers and others in their area in recent weeks

The victim ran short of luck and was apprehended before his unplanned death.

It was also reported that a another person faced same death few weeks back in Makurdi metropolis after a foiled motorbike snatch attempt.