True STORY and EULOGY to Nigeria at 61 Independence Anniversary. 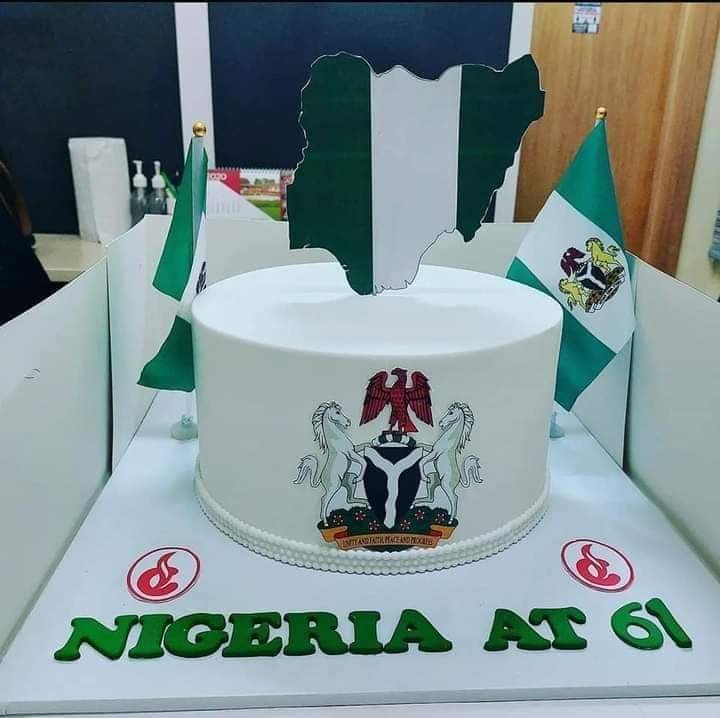 On the 1st October 1960, the Union Jack was lowered down and the Nigerian National Flag, coloured green white green was raised.

That symbolised that Nigeria became an independent sovereign state.

The state of Nigeria came into existence in 1914 when the Governor General, Sir Fredrick  Lugard almagalmated the Northern and Southern protectorates to form one nation.

The first Governor General of Nigeria, Lord Lugard did this for administrative convenience when he lumped the two protectorates together but still under colonial rule, though there was an amalgamation treaty signed by the traditional rulers which was later termed the 1914 Nigerian Council.

When the Clifford constitution came up in 1922 to replace the Nigeria Council of 1914, it introduced partisan politics and in 1923, the Nigerian National Democratic Party, NNDP was formed by Sir Herbert Macaulay. Sir Hugh Clifford was the second Governor General of Nigeria.

The NNDP had mobilised all the interest groups in Lagos to join the party and was able to produce three members in the Lagos legislative council.

The main aim of the new party was not just to promote democracy but to also encourage the active participation of Nigerians in the social, political, educational and economic activities of the land.

Aside 1923, it won all the seats in the Lagos Legislative Council in 1928 and 1933 elections and kept on dominating Lagos politics until the Nigerian Youth Movement was formed. The NNDP did not have a national outlook as its activities were limited to Lagos.

The first nationalistic platform was the Nigeria Youth Movement, formed in Lagos in 1933 by Eyo Ita and Samuel Akisanya. The president of the group was Kofo Abayomi and Ernest Okoli who was then the editor of Daily Times was vice president. H.O. Davies was the secretary.

The Nigerian Youth Movement was the first multiethnic organisation in Nigeria and its programme was to foster political advancement of the country and enhance the socio-economic status of Nigerian citizens.

The movement acquired national outlook when Nnamdi Azikiwe and H.O. Davies returned to Nigeria in 1937 and 1938 respectively and consequently joined the movement. It became the first authentic Nigerian nationalistic organisation to be formed and other prominent Nigerians like Obafemi Awolowo and Ladoke Akintola were also members.

This was the beginning of political conciousness and awareness and the struggle against colonialism started  gathering momentum. Nigerians came together to fight for Independence and political associations started  springing up.

In the northern part of the country, the Jamiyar Mutanen Arewa gave birth to the Northern Peoples Congress, NPC. The NPC was formed in June 1949 with Sir Ahmadu Bello as its leader and Abubakar Tafawa Balewa as its deputy leader and the party controlled the northern regional government.

The National Council for Nigerians and Cameroons, NCNC was formed in 1944 and Herbert Macaulay was its leader with Nnamdi Azikiwe as its secretary. When Macaulay died on 7th May 1946, Azikiwe became its leader and the name was later changed to National Council of Nigerian Citizens.

The Action Group was formed on the 21st March 1951, it emanated from a  Yoruba socio - cultural group, the Egbe Omo Oduduwa with Obafemi Awolowo and Ladoke Akintola as its chairman and deputy chairman respectively. Anthony Enahoro was the secretary. The main aim of the party was to forestall the domination of NCNC in Western region and to join hands with other political parties to fight for an independent Nigeria.

The United Middle Belt Congress, UMBC was a combination of two groups, the Middle Zone League and the Middle Belt People's Party. Its leader was the great J.S. Tarka.

These nationalists came together to fight for the Independence of Nigeria, they sacrificed their comforts and were committed to the cause that became a reality on October 1st 1960.

The new independent Nigeria had Sir Abubakar Tafawa Balewa as its Prime Minister and Dr. Nnamdi Azikiwe as Senate President.

When Nigeria became a republic in 1963, Azikiwe became the president and Dennis Osadabay took over from him as Senate President.

When the Midwestern state was created in June 1963, Osadebay was appointed premier of the new region and Nwafor Orizu became the Senate President. Jaja Wachuku was the speaker of house of representatives.

On this special day, I pay tribute to the following founding fathers of Nigeria:

It is quite unfortunate that regional and tribal politics later came to the fore which almost undermined the purpose of our Independence but the aim of our leaders to end colonialism was achieved.

As Nigeria clocks 61 today, there is a petrinent question. How have  we fared as a nation? This is a subject for debate and will be discussed another day.

I Congratulate my country at 61, I thank God for our survival as a nation despite our numerous challenges.